Empire style originated in the early XIX century, during the time of Napoleon’s empire. From France, this elegant Empire style was disseminated throughout Europe.

Distinctive features of the Empire style decoration are made of metal, rich draperies, beautiful paintings by famous artists, old engravings, as well as the abundance in the interior bas-reliefs, columns, cornices, which are reminiscent of ancient temples and palaces. The furniture in the Empire style is the most expensive types of wood such as birch, walnut, cherry, and sometimes mahogany, etc. For upholstered furniture used leather, silk. Also, for this style is characterized by huge bed with a luxurious canopy. 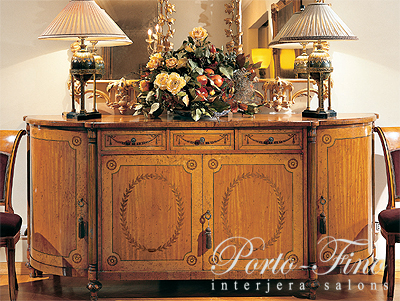 To create the empire style at home, need to think carefully about the entire project, from a technical and creative sides. Depending on the opportunity that gives you the living space, you need to decide whether this is just some elements of decoration and furniture in the Empire style, or it will be a complete reproduction of the Empire style for the entire home.

Empire style will look great in large rooms with high ceilings, it would be appropriate in the living room, front hall or dining room. 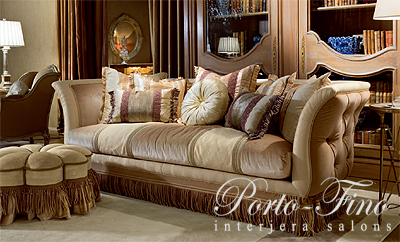 Today’s solution for the walls are high quality wallpaper, which successfully simulate tissue. Often used in the Empire style reliefs adorn the walls – it can be pilasters, rectangular or oval medallions, cornices. To finish the floor you should choose natural wood flooring.

By creating housing in the Empire style, do not forget that an essential condition – the feeling of space. Help create this sense many mirrors which are designed in a bronze frame, and the room lighting. For lighting, you can use luxurious crystal chandeliers and bronze chandeliers.

Rooms in the Empire style should be light, so you need to install large rectangular windows that give plenty of light. Spacious windows are needed and appropriate curtains. Especially popular are strict blinds with a wide bottom edge, decorated with ornaments and various ribbons and tassels. As the original cornice looks sort of spear, with large rings, which are hung and gorgeous curtains in the Empire style. Luxury and style is always in the foreground in the Empire style, sometimes to the detriment of usability. 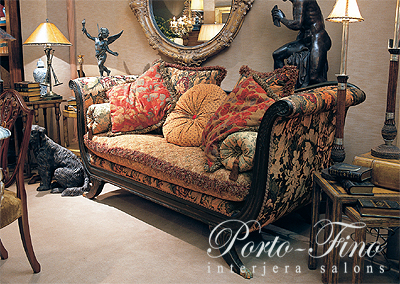 Empire Furniture and Fabrics in brief:

Strong colours, reflecting the optimism felt in the country;

Curtains with muslin with heavy silk or damask fixed drapery.